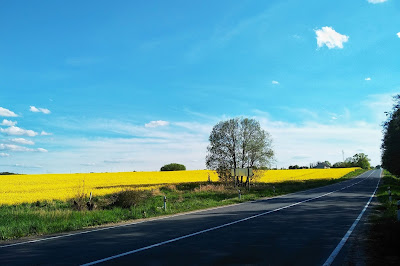 21 June – the summer solstice, 2021. I was intending to post a version of this at Easter, and decided against. Contentious material has been removed. Outré opinions in print highlight eccentric angles; when in doubt, hit ‘delete.’ Basically, much in 2021 remains the same as in 2020; acta, non verba, Boris! Down the road and no route back? Even with the advent of the vaccines, Lockdown Syndrome is evident. But I guess all this time spent in various levels of isolation and disconnectedness (virtual / online doesn’t count) the Covid-dictated way of life has become routine, and no one likes abandoning the cosy reassurances of routine. We remember BC – Before Covid – but few want to resume where we left off. We can’t, anyway. Our individual worlds are no longer the same. Friends and family have gone forever. (Sadly, so has our beloved little black cat. She passed away, at home, at the end of October last year, one and a half months after her 22nd birthday. A memorial ‘named’  rose, sent by my sister last autumn, is now showing at least one budding flower. Perhaps more will come before summer ends. Weather permitting.)

Closed doors are inching open. The annual cycle has begun to revolve again, as long as gatherings are within bounds. But there is another cycle: that of relatives and friends. Birthdays, anniversaries, celebrations, visits and remembrances. Missing out on these is hard. The family were here at the end of May – I hadn’t seen my granddaughter for close on a year and a half. Now, Sturgeon’s issued a proclamation that no one from north west England shall journey into Scotland, nor vice versa. But it’s okay to allow hordes of Scottish football fans to go down to London for a match, probably returning with the virus. Provincia Britannia is currently obsessed with panem et circenses, ‘bread and circuses,’ methinks. (Juvenal, Satire 10.) The ancient Roman grouch would likely not have expected anything else of the tribes.

Talk is of nothing but the pandemic – it’s overtaken the weather as a default topic of conversation. Plus, there’s an identifiable creeping agoraphobia manifested in twinges of panic in public places, and a palpable ambience of fatalism obtains: ‘This is how it’s always going to be.’ When it’s over, if it ever is, we may look back on our isolation, indolent habits, or online shopping and deliveries, either as aberrations or as adoptions forever. But so much will be missing. Britain’s count is on its way up again – due, in the main, to incompetence in government. And, while lost high street retailers are exemplified by boarded premises, the lost people are the real absences.

However, communication dominates in all manner of lists: governmental, personal, and the rabid excesses of soi-disant social media. This last I avoid, having no illusory ‘friends’ of Zuckerberg’s kind or otherwise. According to the Oxford anthropologist, Robin Dunbar, there’s a “cognitive limit to the number of people with whom one can maintain stable social relationships – relationships in which an individual knows who each person is and how each person relates to every other person,” (Dunbar, 1992). Apparently, 150 is the maximum number, give or take a few. In 2007 Carl Bialik raised questions in the Wall Street Journal about the impact of social media– especially given Dunbar’s definitions of ‘close friends’ being the people one turns to in life’s emergencies. I can number these – fewer than the fingers of one hand – although the casual, wider, UK and international circle expands or shrinks. People go missing for all sorts of reasons, mostly because of what Dunbar terms ‘lack of a persistent social relationship,’ (albeit for other causes, too), but the plague has evidenced how much effort it takes to maintain any connection. Telephone, Skype or Zoom calls, letters, emails and e~cards – none of these truly replicate human contact. Nevertheless, a second Easter living with Covid more than demonstrated a human capacity to become inured to anything. Eventually. I fervently hope we never return to the ‘old’ normal, albeit, selfishly, I miss travel, and the stimulation of thinking outside the box of a rather dull national mentality.

Actually, I’m not confident I’ve ever been in a box. Aside from the fact there are far too many boxes, the ‘tick’ variety, or Schrödinger and his boxed cat, or the dusty archives that researchers excavate, etc., an avalanche of the cardboard sort is landing here, courtesy of Hermes (other couriers are available!) It leads to an eco-disposal problem. The paper recycling bin is full weeks before its monthly collection date. I do try to source requirements locally, rather than augment Jeff B.’s profits, but, nine times out of 10, ‘fraid it’s Jeff or nothing. Whatever we’re all doing to fill this unwanted intermission in our lives, it seems to require new stuff. The garden’s the major culprit, generating the greatest number of boxes, cases, or containers.

This week, it’s the renewal of our side path. A new gate, in a different position, fencing, and a patio windbreak. Apparently there is a global shortage of wood, but our contractors were lucky to alight on a new delivery at the timber yard. (I have inspected its provenance, to ascertain the Amazon isn’t being illegally logged on our behalf.) I spent last Friday afternoon knocking down the old insecure windbreak. After years in our thick clay soil the footings have rotted off, but metres of ranch board planking proved difficult to dismantle. With aged nails and screws rusted into the support posts, and my being only a small lightweight woman, it was an uneven gladiatorial contest. So far, the wooden structure has won. I thought I might go for round two on Saturday, but rain discouraged play. Still, the clearing operation shall be finished, either by myself or the contractors wielding hefty sledgehammers. A new windbreak will go up, the gate will be moved, and there will then be a space to hide the bins – and square metres of patio freed up for a table, chairs and even a parasol shade, if our Scottish climate improves. If ...

In the lockdown interim, some basic German was acquired, entirely accidentally. It hinged on communications to and fro Austria, (long story), but also improved my English. Writing or translating a foreign tongue not only makes you think carefully about what you think, but also about how to express it. German isn’t too difficult, (I venture this opinion with caution!) but the vernacular can be tricky. Also, any foreign language fades quickly if it’s not used to speak, write or read. Plus, I miss the range of English nuances, shaded differences that a translator may believe possess the same meanings. While it’s been interesting to compare original works with translations, classical studies have suffered more than most. Nevertheless, translating is self-satisfying, even creative. I already knew this about ancient Greek, (given the wholesale murder visited upon it by late nineteenth and early twentieth century renditions, and don’t mention the Bible!) but I doubt I could create, or think, in German. The poets are taxing enough. At least the ancient Greeks never aimed for rhyme. The purchase of a German grammar quickly became necessary, but, faced with columns of verbs, I experienced flashbacks to a paralysing fear of the Greek aorist active imperative. Black Gothic capitals alarm me, the cursive script even more so. You need to get your eye in, as with the Greek Euboean alphabet, (deemed to stem from the Phoenicians and ever so helpfully inscribed right to left). Thankfully, German’s now commonly rendered in Roman typeface – apart from historic banner flags such as the Frankfurter Allgemeine Zeitung. Although no concession to the modern can render the original tales of the Bros. Grimm a whit less grim.

In Greece, the gradual decline of το Ελληνικό αλφάβητο (rooted, as it is, in the late ninth / early eighth century BC) is dispiriting. Western characters now appear on signage. Akin to the Scottish obsession with ‘translating’ into Gaelic, Greece is attempting to make  places such as Athens more readily accessible to visitors, although the Scots’ efforts to dub into confusing Gaelic are in the interests of advancing a nationalist cause. Perhaps this also applies to Thessaloniki, given the Greek stance on Macedonia, although, as with Chaucer’s English, ancient Greek spelling wasn’t always consistent. Celtic Wales displays signs in English and / or Welsh, but it still possesses a sizeable population that speaks it. I can’t vouch for Cornwall (‘Kernow’) having not been down there in years. English and Irish (Gaeilge) are employed in Eire, and Northern Ireland has Ullans (Ulster-Scots). Its ‘official’ languages have recently been a sensitive issue.

Thesis: editing progresses at the ponderous pace of a particularly slothful gastropod. If this continues, calculations indicate that the thing won’t be finished within this extra year granted courtesy of Cov–19. Viewing the plague’s collateral damage, and the multiple side effects, the ephemeral and, frankly, trivial on top of the deep divisions of very real political and social injustices that have become only too evident, life has changed. The German philosopher, Schopenhauer, (1788–1860), said a compassionate sympathy is the basis of morality, but, in the light of the inexcusable lacks of an incompetent UK government, all we can do is make decisions for ourselves. Mine are obvious, whether I like them or not. (I don’t, but that’s life.)

PS: Dear Messrs Google: I continue to loathe this format. It does not facilitate writing half as much as the old one ...

Comments are now closed for this blog.