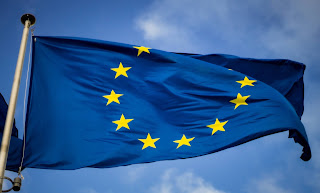 Okay – I did swear posts were at an end, July 2020; however, despite Google’s new blog set up being less than user-friendly, (you can no longer position images exactly where you want them) this is an epilogue to an acrimonious divorce. In the space of the next thirty minutes our membership of the European Union will be terminated, (midnight, European time). I don’t know if a forlorn passing bell will toll the death-knell, but the blind folly of what Johnson and his cronies have done is beyond my comprehension. These last nine months have seen the dying days of the Britain I knew – literally and figuratively. In March, Covid began to inflict the first of its increasing peaks, and the second and third have witnessed a decreasing faith in the future. Can anyone trust governments? It makes Yes, Minister (an historic BBC-tv comedy series) seem factual. (Is it coincidence that repeats are being broadcast on BBC4? As in the recently resurrected Spitting Image, there are depths of truth in satire.) Although, with Trump’s occupancy of the White House, many of the events that have impinged since 2016 beggar belief. Do we get the leaders we deserve? If so, what did we do, to warrant Boris and Donald being foisted on us at this juncture of human existence? And what does it say about the prospects for the UK’s future ship of state, HMS ‘Blighted Britain,’ when, apparently, Boris’s own father was a Remainer, and is applying for French citizenship?

The Anglo-French entente cordiale is no longer so cordiale; checkmate in the endgame made a chaos of last-ditch negotiations v/v Brussels. The media here was shouting how the EU was blocking the UK’s entirely (un)reasonable wish-list, but I read a mixture of newspapers, including Le Monde, La Repubblica, and AP and Reuters. Surprise! The UK headlines were inaccurate. On 28 December, news came that EU ambassadors had unanimously passed a provisional application of the trade deal. Europe’s bored with the British, and wants rid of perfidious Albion? The Foreign Office glibly outlines how trade deals will be sought with Australia, the States and others, but, as a Canadian correspondent points out, negotiators will recall just how swiftly Britain ‘filed them over the side when it joined the EU.’ But the deal’s gone through the Commons, and, pending any eleventh hour glitches, will be signed into law –allegedly as the lesser of two evils.

Why Boris chose the road he did is beyond understanding. Did he really wish to free Britain from Europe? He’s on record saying the opposite in 2013. The only explanation is the decision favoured preserving power by whatever was to hand, as many have done before him. He acted for gain, to pursue the prospect of getting a foot over Downing Street’s threshold, with no apparent sense of responsibility for the 48.11% of UK ‘Remain’ he’s drawn into conflict, upheaval and change. But then, like Nemesis, Covid intervened, and the government’s recent history has been one of further short-term solutions that have worked out no better. From all I have observed, Mr Johnson brooks no opposition: ‘It’s my way, or the highway.’

Personally, I cannot bear the emergence of nationalism. Warbling about independence, sovereignty or controlling borders exhibits racism. Motivated by dislikes or political prejudices, nationalists deal in manipulating facts, e.g., naming names in an effort to discredit media personnel, insisting, like religious fanatics, that their own eccentric version is the only truth. Many preach with the zeal of the converted, their methods of countering opposition exemplified by those who subscribe to the right-wing press: the Daily Mail, the conservative Telegraph, or the tabloid Scottish Nationalist. They accuse others of arrogance, but can’t seem to perceive their own. While it deprives others of choices, a skewed viewpoint is attractively comfortable for those who don’t want to think. As with the Gerasene demoniac, their numbers are legion. ’Twas ever thus.

It’s sad that, as DJT vacates the Oval Office, a UK clone will continue to wreak damage on this side of the Pond. Boris’s own Mexican wall is the English Channel, La Manche. No more free movement – it’s to be an Australian-based points system now. No more itinerants, who used to harvest our crops, or willingly took jobs that Brits deem below their imagined employment status. No more vital nursing or care staff, or influential academic exchanges through the Erasmus programme. To my mind, no more civilisation. ‘No man is an island,’  (Donne) ...

I don’t know if we will get to Andalusia again, come March. I hope for the best while preparing for the worst. The official diktats vary from day to day. Besides, we have to comply with Spain’s rulings as well. If the travel requirements I’ve been researching are anything to go by, our lives are about to become far more complex. I’ve reviewed our travel insurance policy. It rolls from year to year without a break, but if it’s like this for would-be travellers to anywhere in Europe, the hassle must be multiplied many times over for EU citizens living in UK, let alone for business. I think I’ve got it straight, so far: £99 per person to be added on, for Covid-related certification of tests within 72 hours of departure, and local regulations t’other end as well. Although this may change with the advent of the AstraZeneca vaccine, it’s still complicated. Only one travel journo appears to have got a handle on it. You just have to persevere, opening window after window on the computer to double-check across website info, and translate GovUK’s muddled fudge. Still, I refuse to give up all prospects of travel. It’s one of the few things that make life bearable. I read in the Andalusian news that from tomorrow the local junta may consider offering premium travel insurance cover to overseas visitors, f.o.c., because the travel industry is so necessary for the region. However, there are no guarantees the Spanish authority’s proposal will be passed, and our annual policy was due for renewal. 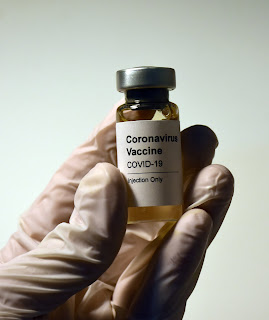 Ursula von der Leyen quoted from Eliot’s Four Quartets. Is this the end of the beginning, or the beginning of the end? Who knows?! I figure life’s never going to return to its pre-Covid status quo, and while that’s not wholly a bad thing what’s really put the poison in the pot is Brexit. It’s complicated an already bleak scenario, but no one should laud Farage. While unable to get himself voted into the Commons, because of Brexit he’s been called “the most successful politician” in a generation. (It’s on his financial website.)

1 January – For at least a year, GovUK has been advising industry to check its post–Brexit paper work and records. I figure that not enough enterprises have done so. The only necessity for me has been a year of reading info about IP rights: key information, not only about how the system will work but also how the Intellectual Property Office will operate in future, after transition. If my tiny niche corner is anything to go by, a mountain of red tape awaits, to submerge GovUK’s civil services beneath toppling workloads. Happy days, eh!

AD 2020’s been an annus horribilis, including personal griefs and losses, yet: Thank you, EU. I’m indebted for years of courteous responses, and diligent efforts by kind well-informed personnel. And thank you for tolerating a British lack of languages (French, Italian and currently a small grasp of German, go a long way, albeit with a few risible howlers!) Thank you for the ongoing benefits of not only the British Schools, at Athens and in Rome, but also for hot days in cool libraries and museums, taxing staff with queries, who also directed me to academics, archaeological artefacts and places of value – the rich and beautiful histories and legacies of  the Bronze and classical ages on Crete and Sicily, in Greece, Italy, and everywhere else in the Mediterranean, Aegean and Ionian seas. It’s been a life-changing ride.